Ten years ago I took a day off of work to drive my mother to the hospital for an angiogram. I remember waiting for hours as the procedure crawled by, but not much else. At least, not until the doctor came in to give us the results of the test.

Mom had three arteries with over 97% blockage and would require a triple-bypass. To emphasize just how dire they believed her situation to be, they immediately admitted her. Meanwhile, I had been crying since the cardiologist uttered the words triple and bypass together as if they were one; like they somehow belonged together.

Once the doctor had finished delivering this dreadful news, mom looked at me and quietly assured me that everything would be alright. I can’t imagine what horrors must’ve been bouncing around in her head after hearing such news, or how she managed to put her fears aside and remain calm while she consoled me even though she was the one who had just been told her chest would be ripped open and the plumbing redone in her heart.

It turns out she was right, though. She lived for another nine years.

I may not have been able to put myself in my mother’s shoes then, but I can now.

This past Monday I was informed I have thyroid cancer. Given my mother’s plethora of medical issues I expected I would have some medical struggles as I got older, but I believed the struggles would be the same she endured. Heart disease. Diabetes. Or possibly a mental breakdown. One of those things. All of those things. Cancer, however, was not a blip on my radar.

Things have moved quickly. Within a couple of days I had surgery scheduled to remove my thyroid, a mass on my neck, and a few lymph nodes entrapped in cancer’s grasp. Once I knew all the facts, I shared them with my family.

While fear has reduced me to tears multiple times in the past couple of weeks, I decided to walk in my mother’s shoes. I was somehow able to stay calm while speaking to my children. I was calm because that’s exactly what they needed me to be. If I’m hysterical they’ll be hysterical. I don’t want their anxiety working overtime on my account. They have enough struggles with mental health as it is. That’s when I knew how mom did it. She was strong for us when we needed her to be.

I have assured my children everything will be okay, and, really, that’s the truth. The type of cancer I have has a 99% survival rate and typically removing the thyroid is the end of it. That being said, however, I understand my children’s fear because I’ve been where they are. I hate that I’m putting them through this. I hate that my father fears for me what happened to his sister 25 years ago. I hate that my brother fears the loss of another family member mere months after losing his mom. I hate that multiple times in the past weeks I’ve looked upon my mother’s picture and had to tell her I’m not quite ready to see her again, that my children need me. I know she understands.

Since the initial shock of my diagnosis has faded, my fear has dissipated. I’m still scared of going under the knife, but my doctors have assured me that I’ll be fine, and I believe them. I already have plans to get myself back into shape once I’ve recovered. I’ve applied for a promotion at my job. I have no plans to go anywhere. My boys need me whether they think they do or not, and I’ll be here for them.

As my parents, every teacher I ever had, and both ex-wives can attest, I’m a stubborn son of a bitch.

Fuck you, cancer. I’m not ready to go. I’m still walking in my mothers shoes.

18 thoughts on “My Mother’s Shoes” 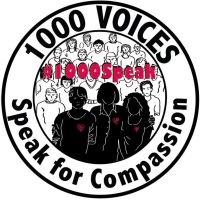 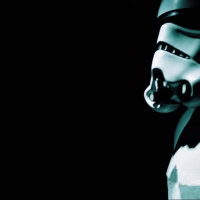