So, this used to be a thing. I kinda wanted to hang out with you guys, but didn’t know what else to say here so I’m gonna say we’re having coffee, because, well, coffee.

It’s been some time since I’ve had coffee with you all (or y’all to use the local vernacular). When we last saw me ’round these parts I was trippin’ ’cause my kids had just been diagnosed with depression and anxiety. I was feeling pretty down on myself because I hadn’t noticed what had been going on inside their minds.

I’m happy to say that they’ve been on medication for close to two months now and both boys have reported the medicine has helped them cope with their anxieties. Baby B still has some trouble finding motivation, but I’ve discussed with him that no medication is going to give him that. He’ll have to manufacture his own motivation, unfortunately.

If we were having coffee you’d probably comment on my weight loss, which would make me incredibly uncomfortable and I’d sheepishly thank you for noticing. I’ve lost a little over 50lbs in the last few months. I’ve hit a plateau, so I’m taking a little break from my regimen, while still maintaining a somewhat healthy diet. I’ll get back to it soon, as I have a few dozen more pounds I want to lose.

If we were having coffee I’d tell you how uncomfortable it makes me that people keep complimenting me on how good I look or how much weight I’ve lost. People keep referring to me as skinny, or tell me there’ll soon be nothing of me left. I’m sure they all mean well, but it all makes me want to hide. I just want to be me. I don’t want to be noticed for what I do or don’t look like. Although, a little part of me is a bit ecstatic that I can fit into clothing sizes I haven’t fit into since I was in high school…

If we were having coffee I’d tell you that the twins just turned 18 about a month ago, and that I just can’t even. It’s a bit fucked up to know that I’ve been their guardian for their entire lives and now if I want to talk to their doctor the boys will need to sign a release form stating that their PHI can be discussed with me. I mean, they are legally adults. I have no legal say-so over them any more and it’s an odd feeling. It’s like a part of who I am has been stripped away.

If we were having coffee I’d tell you that I met someone. Despite having a thick wall up this person drilled her way through and nuzzled right up to my heart. It has been a long process as it was an extremely thick wall, but inch by inch she made her way in. She has been extremely understanding and patient with how slowly I want things to go and respectful of how scared I am of putting myself out there again. She has just been amazing.

If we were having coffee I’d admit to you that I’m afraid to tell people that I’m seeing someone, because that makes it real. I’m afraid of it being real, because every real thing I’ve had before has blown up in the most spectacular of ways. I’ve learned, though, that as I’m admitting it most people had surmised as much anyhow, so I was really just hiding it from myself.

If we were having coffee I’d ask how you’re doing, of course, and listen as you told me all the things.

Maybe we’d play a game as we slowly sipped on our brew and talked shit about our moronic president. Maybe we’d watch cat videos on YouTube. Or maybe, just maybe, we’d enjoy each other’s company in silence like a couple of old friends are wont to do.

I hope everyone is doing well and that 2018 doesn’t bring nuclear winter (I wish that were a joke). I hope Santa dropped more than just coal in your stocking and that your children (if applicable) are doing well. 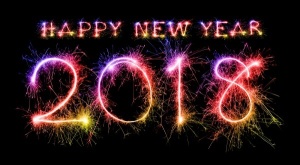 24 Comments on If We Were Having Coffee